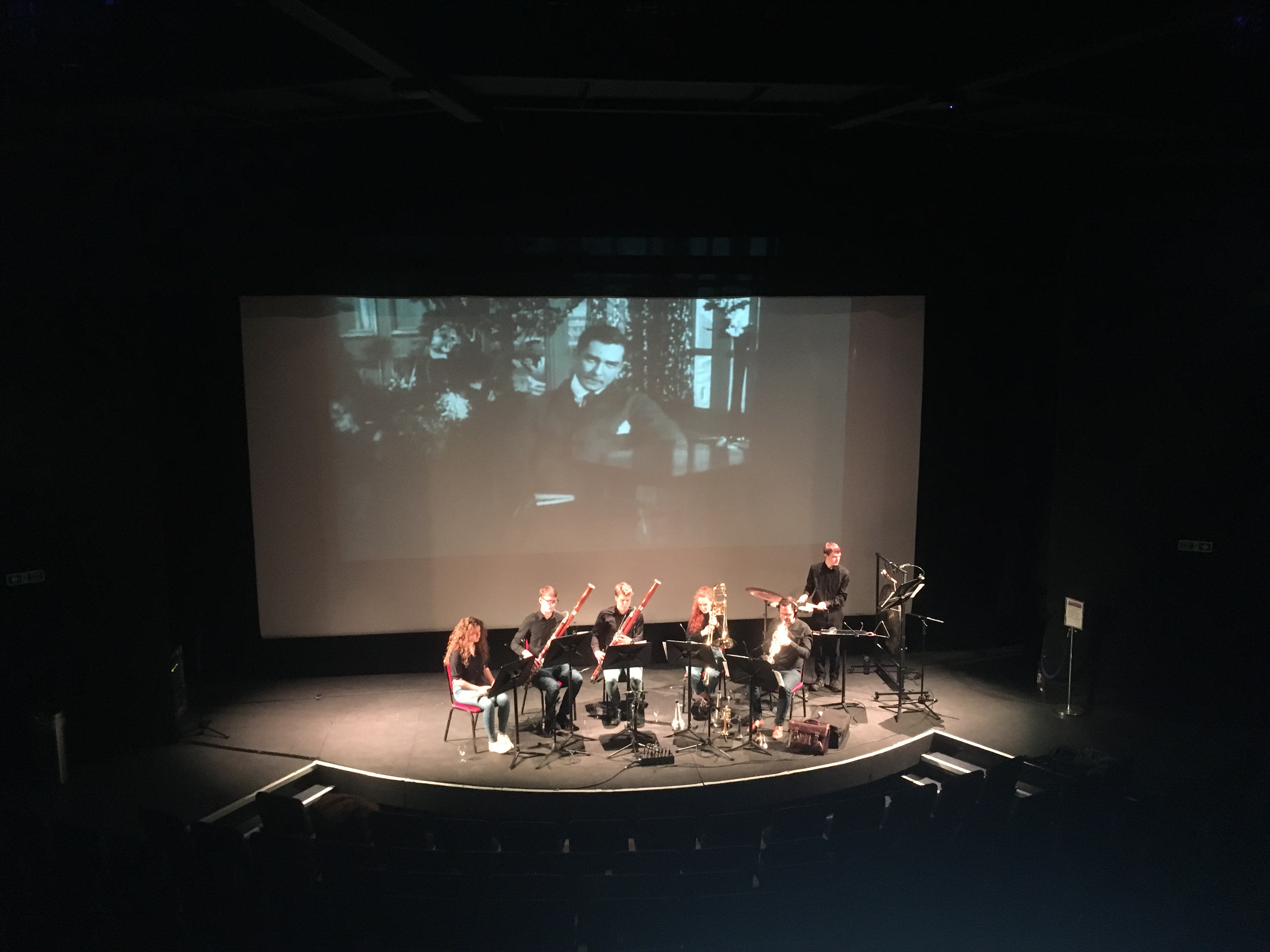 The great privilege in developing this new score has been to discover and tease out the many subtleties and underlying themes within Bauer’s film.

The music seeks to reflect the historical context, with musical references of original Russian Tango music from the 1920s, but to position the film solidly within the contemporary. It would have been simple to allow the music to pass judgement or its own interpretation upon the characters, as in some more conventional silent film accompaniments, but I wanted to embrace the moral ambiguities in the film, instead seeking to represent and embellish equally the internal conflicts and desires of the main characters as they pass through the narrative and this period of great social and political change.

Child of the Big City – Soundtrack Performance – Cue 01 from Andrew Hill on Vimeo.

Child of the Big City – Soundtrack Performance – Cue 08 from Andrew Hill on Vimeo.