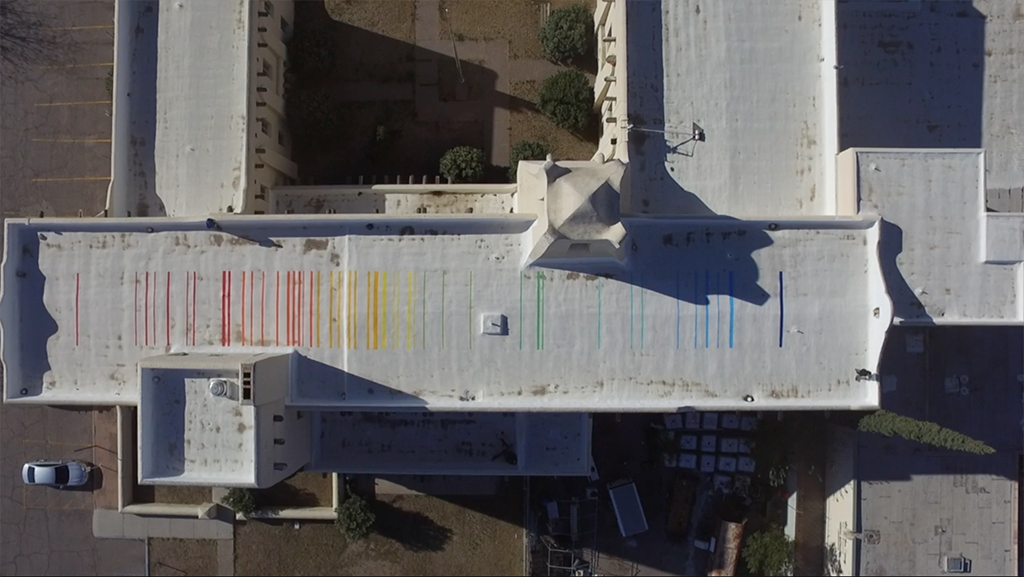 Trumpet player Bede Williams sent me a recording of himself Roberto Kuhn (guitar) , Alex Waber (percussion) made in the Silo at Cupar, a highly reverberant space, and asked me to edit and complement these recordings to make a soundtrack for a short film by Tim Fitzpatrick.

This project led on to collaboration on the Apollo 12 film.