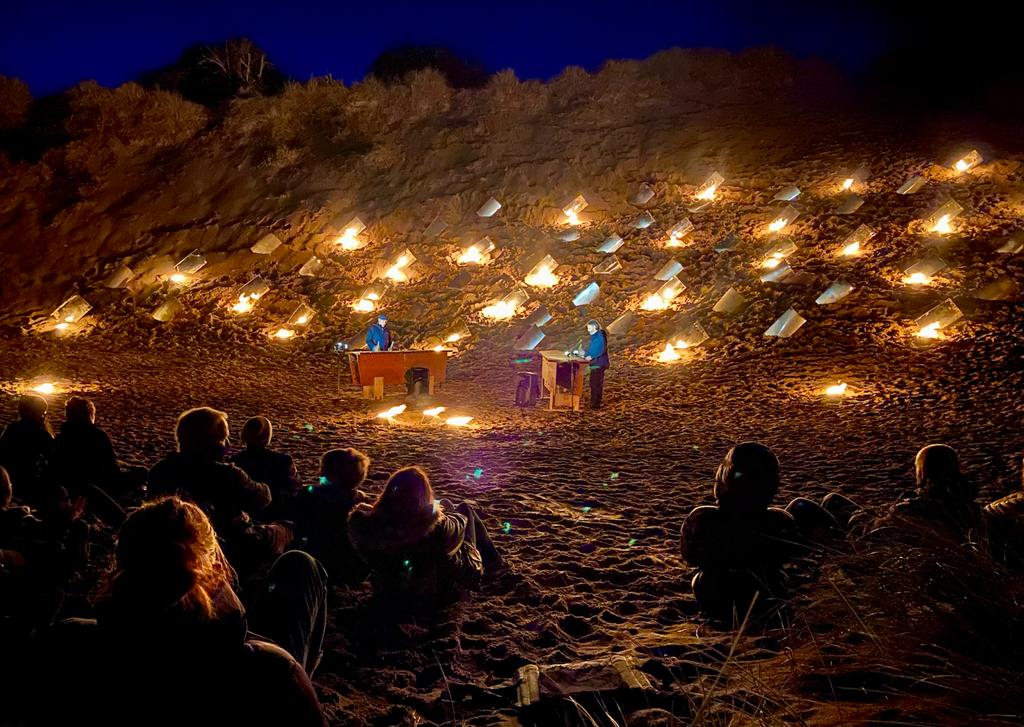 Our world is formed and connected by the sea. Thousands of years ago, these coastlines were shaped by cataclysmic events; in Mesopotamia too, mythical floods gave rise to stories of the Apkallū – half-fish, half-human sages who emerged from the sea to bring wisdom to our ancestors, living in what became known as the ‘cradle of civilisation’.

Thousands of years later, those same lands lie decimated by war and the world’s oceans are rising again… what would the Apkallū say if they returned to speak for one last time?

Commissioned by Hospitalfield and Arbroath 2020+1, Over Lunan was a multifaceted project inspired by Babylonian mythology.