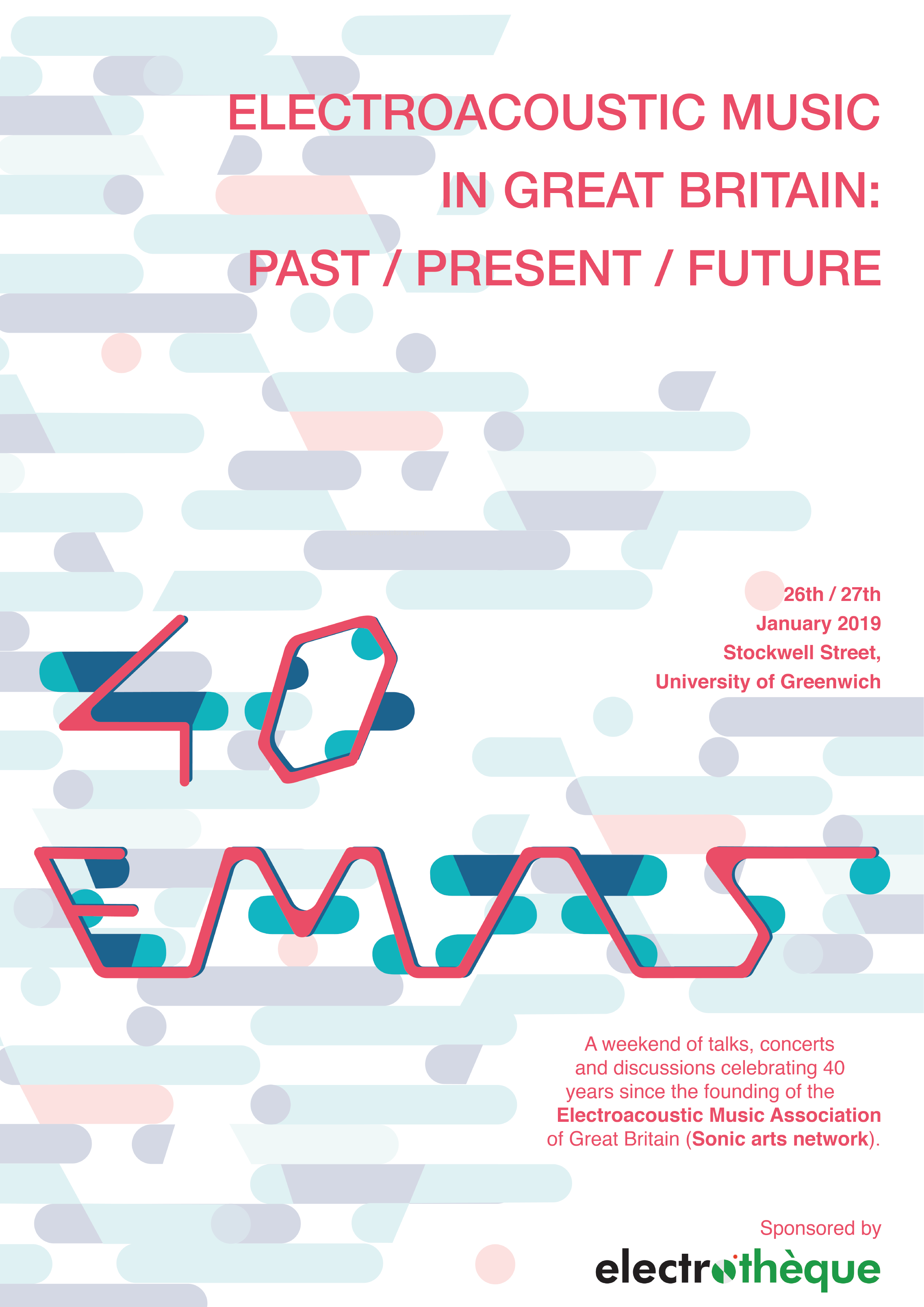 Celebrating over 40 years of #electroacoustic music in the UK. January 2019.

Welcome to the University of Greenwich and this weekend of concerts, talks, discussion panels and conversations about Electroacoustic Music in the UK. This two-day event celebrates a very significant anniversary: 40 years since the founding of EMAS (The Electroacoustic Music Association of Great Britain).

EMAS was founded on the 29th January 1979, with the aim of providing a national focus for creation, performance and coordinated research in the field of electroacoustic and computer music. By involving both individuals and commercial interests with a stake in such music, EMAS developed a wide public education programme, touring concerts, provision of courses in electronic, electro-acoustic and computer music as well as recording techniques, record production and publication of a periodical and musical scores.

EMAS later became Sonic Arts Network, which was finally merged with other contemporary music organisations in 2008 to form Sound & Music.

In the 40 years since its founding, the ideas and influence of EMAS have nurtured a diversity of contemporary sonic practices up and down the country. This weekend brings together some of the key individuals in these successes to reflect on the past, evaluate the present and look forward to new opportunities in the future.

In such fragmentary times, it is our hope that the weekend’s programme reflects some of the diversity of composers, scholars and musicians that make up the UK Electroacoustic Music community. We are especially pleased to welcome delegates who are based in other European countries to be a part of this celebration. Electroacoustic Music in the UK has always been, and will always be, international; fundamentally linked with our friends and colleagues based in the rest of Europe.

Our warmest thanks go out to everyone participating in this event, and especially to Simon Emmerson for his contribution not just to this event, but to the UK electroacoustic community over the past 40 years and more.

Thank you for also being a part of this weekend, your contribution to the many discussions and conversations will be invaluable as we explore what the past, present and future hold for electroacoustic music practices in the UK.